By AK Timber in Tree Care

Deciding on a home that has trees in the backyard is almost like adopting a pet. You are creating an agreement that you will take care of that tree, no matter what happens. Unfortunately, just like with pets your trees can get diseases. If left unchecked and untreated, these diseases can quickly turn into liabilities and dangerous events. While a certified arborist is the best way to really prevent the disease from taking over, there are some things that homeowners can do.

The most important thing is to keep your eyes on your trees. Inspect the leaves, the needles, the roots, the trunk, the bark, and the branches fairly regularly. When you know what your tree is supposed to look like, you will quickly realize when something is wrong.

In Washington, we face quite a few different diseases. Here are some of the ones you want to be on the lookout for: 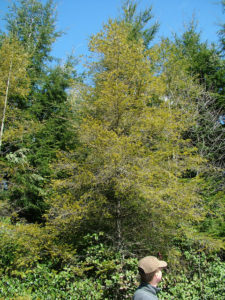 Swiss Needle Cast is a disease that Douglas Fir trees seem to get more than any other type of disease. It is known as a cast disease because it causes the tree to grow smaller, reducing the crown size because it casts its needles away. This is a disease that is native to the United States, though it has spread across the world, according to researchers at Oregon State University.

Caused by a fungus, the disease typically attacks in the spring,  making trees look like they are dying from the bottom up. It takes over the needles of the tree, causing small black dots to appear. It takes quite a while for the fungus to spread, giving homeowners plenty of time to contact professionals. 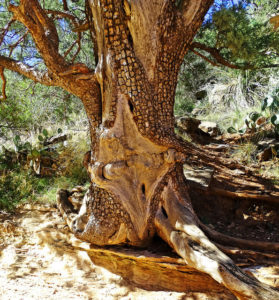 Saying the words “Sudden Oak Death” can make even the best arborist shudder. It is a terrifying disease that attacks many different kinds of trees, not just oak trees. There are over 100 species of trees, shrubs, vines, and plants that have been hit by this disease, and it has killed millions of them. It is difficult to treat and even difficult to diagnose because there are many ways it will attack your tree, finding the weakest point and entering from there, according to the Sudden Oak Death Organization.

For a long time, this disease was almost exclusively a problem on the west coast, so we have been at the forefront of treating it. However, the disease has spread and mutated along the way, bringing even more problems. If you think you have this disease in your yard, contact a professional as soon as possible. 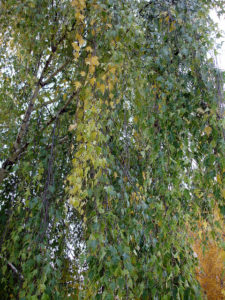 Bronze Birch Borer starts as an infestation that quickly grows into a disease. During dryer seasons and warmer periods, your birch trees are at risk for this harrowing infestation and disease. The Bronze Birch Borer makes its way into your trees, effectively cutting off the nutrient and water pipelines trees have naturally. They bring their friends with them, making quick work of your tree’s insides.

According to the Missouri Botanical Garden: “Generally, the most susceptible trees are those weakened by disease, age, defoliation, adverse weather conditions, or previous borer infestations. Healthy, young trees are rarely attacked.”

Thankfully, trees can come back from this if you find the infestation or disease early enough. Even better, proper pruning and care techniques will help keep your tree strong enough to fight back against it. 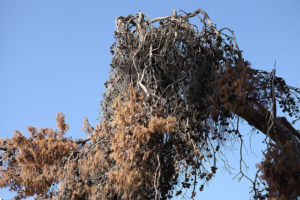 Black Pineleaf Scale is a disease of trees that results in decrease the aesthetic value and can result in the death of the tree eventually. It sticks only to the needles of the tree, turning them a brown or black color in the spring months. The scale feeds on the needles, spreading at a faster and faster rate as they go.

Most commonly, scale go after Douglas Fir and hemlock trees, though it has been found on other trees. Make sure to pay attention in the spring months, as this is when they feed. Once infected, multiple generations will fill your tree. Trees that are stressed are more likely to be impacted by the disease as are trees that grow in dusty conditions, according to the University of Minnesota. 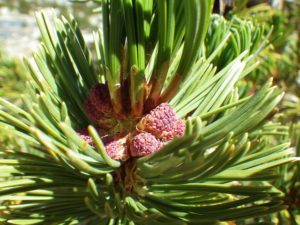 Blister Rust has been one of the most terrifying diseases to grip Washington, helping to eliminate a large majority of North American White Pine trees in the area. These trees tend to have high mortality rates in general, but they die extremely quickly when exposed to this disease.

Most common in high elevations, the disease is complex. It requires a white pine and a currant or gooseberry plant in order to take over, but according to the US Forest Service, it has shown signs of mutating and being able to use other types of plants as well. The fungus grows into your tree through wounds in the bark OR through the needles. From there, it works to rot the tree from the inside out.

The disease targets seedlings and young trees, infecting them and killing them extremely quickly. If you believe this disease is in your yard, you have to act as soon as possible.

As licensed tree care professionals, the team at AK Timber Services will work with you to keep your trees healthy. Give us a call and we can monitor your trees for some of those common signs of tree disease. Even better, we will be at the frontline, treating them so that your trees can stay sturdy and strong for years on end.

Our team is well trained in spotting diseases and treating them. However, if it is too late or the tree is too diseased, we can also help to eliminate the tree and dispose of it in a safe and timely manner. This will keep the rest of the trees and plant life in your home safe.

Give us a call at (360) 635-1076 to schedule an appointment for one of our professionals to visit your property to look for any tree disease issues.

Check Out Our Reviews!

Monday - Friday: 7am - 5pm
By Appointment Only